Connections are a representation of an end-to-end encrypted channel between two parties. It's sometimes compared to a "private VPN between two parties." These relationships are designed to be persistent (beyond one-time use) and secure. Connections leverage peer Decentralized Identifiers (peer DIDs) with the following characteristics:

When two parties exchange DIDs, the DID acts as a public key for purposes of encryption. Each party holds a private key associated with the DID that enables them to decrypt messages. Sending secure messages encrypted using DIDs is referred to as DIDComm.

What is the Purpose?

Because connections utilize unique pairwise keys that are used only for communication between the two parties, they enable secure message exchange without fear of man-in-the-middle or other attacks. Because they're persistent, each party knows how to find one another. And since the identifiers and keys are decentralized and managed in the other party's digital wallet, no third-party can take them away.

The best use case for connections is to ensure that subsequent messages are received by the same party that you sent the initial connection invitation to. For example when a connection is made between an Organization and an individual's mobile Wallet, connections enable messages (including credentials and verifications) to be delivered to the individual's device via push notification.

How are connections represented within Trinsic?

To get started with connections, you'll need to:

Once you have a connection made, you can:

Use the Studio, or use the POST /connections endpoint directly.

There are few ways to send connection invitation to users. They can be sent as a URL link, encoded as QR code, or simply sent as JSON data. Each approach depends on what the invitee's agent is capable of. When the invitee is using a mobile agent, the most common approach is either a QR code or deep link URL.

In the Trinsic Studio:

You can send a connection invitation by having someone scan a QR code with their wallet, sending an invitation through email, or copying and sending out the link. 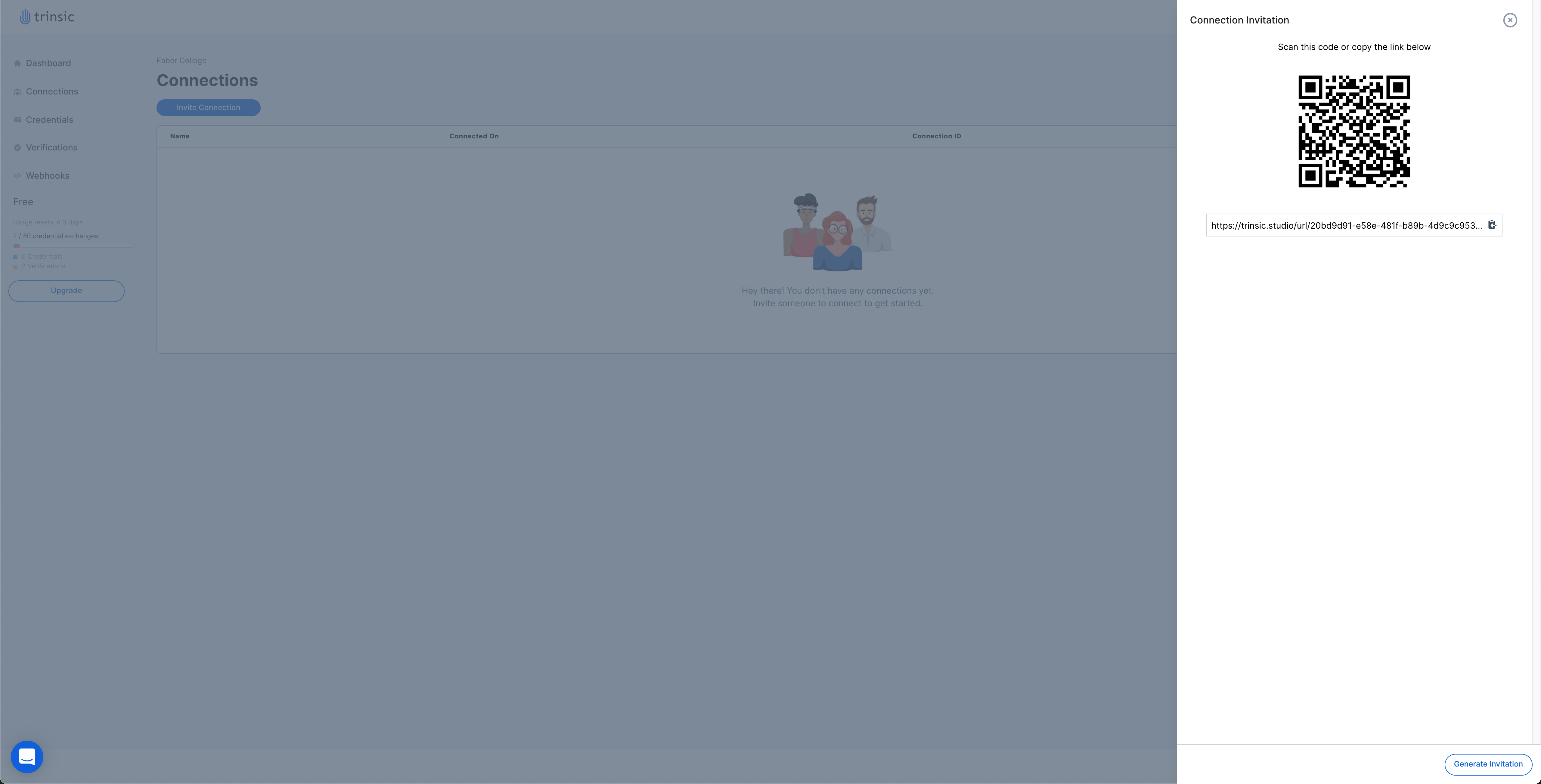 Use the Studio, or use the GET /connections endpoint directly.

Which protocols or standards are used?

An organization can create what are called "multi-party connection invitations". To do so, execute one of the options below, or use the POST /connections endpoint directly with the attribute multiparty set to true.